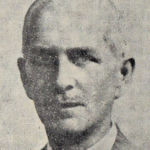 Why Is Florian Znaniecki Influential?

According to Wikipedia, Florian Witold Znaniecki was a Polish philosopher and sociologist who taught and wrote in Poland and in the United States. Over the course of his work he shifted his focus from philosophy to sociology. He remains a major figure in the history of Polish and American sociology; the founder of Polish academic sociology, and of an entire school of thought in sociology. He won international renown as co-author, with William I. Thomas, of the study, The Polish Peasant in Europe and America , which is considered the foundation of modern empirical sociology. He also made major contributions to sociological theory, introducing terms such as humanistic coefficient and culturalism.

Other Resources About Florian Znaniecki

What Schools Are Affiliated With Florian Znaniecki?

Florian Znaniecki is affiliated with the following schools: