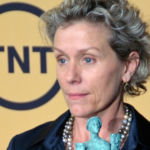 Why Is Frances McDormand Influential?

According to Wikipedia, Frances Louise McDormand is an American actress and producer. Known for her portrayals of quirky, headstrong characters, she has garnered numerous accolades throughout her career, including a Tony Award, two Primetime Emmy Awards, and four Academy Awards , making her one of the few performers to achieve the "Triple Crown of Acting". Additionally, she has received two Golden Globe Awards, three British Academy Film Awards, and four Screen Actors Guild Awards. Although primarily recognized for her roles in small-budget independent films, McDormand's worldwide box office gross exceeds $2.2 billion helped by her appearances in Transformers: Dark of the Moon and Madagascar 3: Europe's Most Wanted .

Other Resources About Frances McDormand

What Schools Are Affiliated With Frances McDormand?

Frances McDormand is affiliated with the following schools: