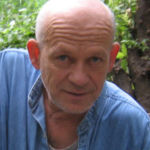 Why Is François Bréda Influential?

According to Wikipedia, François Bréda was a Romanian essayist, poet, literary critic, literary historian, translator and theatrologist. Biography On his mother's side he is grandson of writer, settlement historian, professor Lajos Lévai from Odorheiu Secuiesc. Her mother is educationalist Enikő Zsuzsanna Lévai. His father, reformed minister Ferenc Bréda was dean of Hunedoara-Alba County between 19691988. He graduated elementary school in Odorheiu Secuiesc and Deva. The multicultural atmosphere of his native town follows him during his childhood and primary school years. His first writings appeared in Ifjúmunkás, a youth periodical published in Bucharest. He spent his military service in Northern Dobruja near the Black Sea . From 1975 he studied at the Hungarian-French faculty of the Cluj-Napoca University. He also attended Greek and Latin optional courses at the classical philology faculty in Cluj. He was one of the regular dwellers of the Library of Academy during his student years. It was this period he intensely studied the important authors of scholastic and medieval philosophy . During summer holidays he worked as construction day-labourer, mason stringy at church reconstructions and ringer. Between 19771979 he worked as editor of the Hungarian pages of Echinox cultural university periodical in Cluj, together with András Mihály Beke and Zoltán Bretter. He graduated at the philology faculty of Babeş-Bolyai University in Cluj, receiving qualification in Hungarian-French language and literature. Between 1979 and 1984 he worked as first editor of the Hungarian pages of Napoca Universitară cultural periodical. Between 1979 and 1984 he also worked as teacher of Hungarian literature and grammar at the Huedin Primary School. Between 19841991 he worked as professor of French language and literature in secondary schools, lyceums and high schools in France, first in Anjou and Vendée , then in settlements near Paris . In 1985 he received the degree of Magister at the Nantes University, in the field of French and comparative history of literature. Between 19851991 he was doctorandus of French history of literature at the Angers University, being disciple of literary historian George Cesbron. In the circle of Présence de Gabriel Marcel literary-philosophical fellowship he made acquaintance with Paul Ricœur, Cardinal Jean-Marie Lustiger, Archbishop of Paris, writer Claude Aveline, Georges Lubin, publisher of George Sand's correspondences, as well as philosopher André Comte-Sponville and other important personalities of French culture. He corresponded with sociologist Pierre Bourdieu and Samuel Beckett. Between 1984 and 1986 he lived in Angers and Cholet, then in Paris between 19861991. Between 19911992 he worked as editor at Jelenlét cultural periodical in Cluj. In 1991 he was founding member of György Bretter Literary Circle, a society with great literary traditions that had ceased to exist in 1983 and being revived after the 1989 revolution in Romania. Between 19921993 he worked as editor at the Cluj branch of Bucharest-based Kriterion Publishing House. From 1993 he is founding board member of György Bretter Literary Circle. Between 19911994 he taught French language and literature at Brassai Sámuel Lyceum in Cluj. In 1999 he received doctorate in theory of literature with his paper on the literary and drama critical work of French existentialist philosopher Gabriel Marcel, at the Philology Faculty of Babeş-Bolyai University in Cluj. From 1995 he works as assistant professor at the Theatre and Television Faculty of Babeş-Bolyai University, teaching universal theatre history of Antiquity, basic notions of dramaturgy, theatre aesthetics, Hungarian literature and rhetorics. He discovered the literary oeuvre of Alfréd Reinhold . He translates from French and Romanian languages.

Other Resources About François Bréda

What Schools Are Affiliated With François Bréda?

François Bréda is affiliated with the following schools: