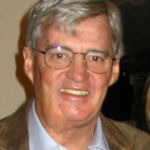 Why Is Frank Beamer Influential?

According to Wikipedia, Franklin Mitchell Beamer is a retired American college football coach, most notably for the Virginia Tech Hokies, and former college football player. Beamer was a cornerback for Virginia Tech from 1966 to 1968. His coaching experience began in 1972, and from 1981 to 1986 Beamer served as the head football coach at Murray State University. He then went on to become the head football coach at Virginia Tech from 1987 until his final game in 2015. He was one of the longest tenured active coaches in NCAA Division I FBS and, at the time of his retirement, was the winningest active coach at that level. Upon retiring, Beamer accepted a position as special assistant to the Virginia Tech athletic director, where he focuses on athletic development and advancement. He was inducted into the College Football Hall of Fame in 2018.

Other Resources About Frank Beamer

What Schools Are Affiliated With Frank Beamer?

Frank Beamer is affiliated with the following schools: