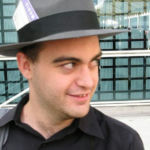 Why Is Frank Cifaldi Influential?

According to Wikipedia, Frank Cifaldi is a video game preservationist, historian, and developer. He is the director of the Video Game History Foundation and has assisted in projects including Digital Eclipse's Mega Man Legacy Collection and The Disney Afternoon Collection remasters. He is also known for his extensive personal collection of video game periodicals. Cifaldi has also researched early video game advertising, early Nintendo prototypes, and the official Super Mario Bros. release date. He presented on games preservation at the 2016 Game Developers Conference. Cifaldi is additionally a former features editor of Gamasutra and a former host of the Retronauts podcast.

Other Resources About Frank Cifaldi

What Schools Are Affiliated With Frank Cifaldi?

Frank Cifaldi is affiliated with the following schools: