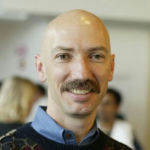 Why Is Frank J. Canova Influential?

According to Wikipedia, Francis James Canova Jr. is an American electronics designer who originated the idea for the IBM Simon and has thus been described as the inventor of the smartphone. Early life Frank Canova was born in Wilmington, Delaware, raised in Green Cove Springs, Florida, and attended Clay High School, graduating in 1974. He received his advanced education at the Florida Institute of Technology, graduating with a BSc in electrical engineering in 1978.

Other Resources About Frank J. Canova

What Schools Are Affiliated With Frank J. Canova?

Frank J. Canova is affiliated with the following schools: