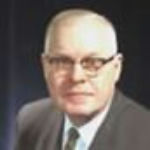 Why Is Frank Rowlett Influential?

According to Wikipedia, Frank Byron Rowlett was an American cryptologist. Life and career Rowlett was born in Rose Hill, Lee County, Virginia and attended Emory & Henry College in Emory, Virginia. In 1929 he received a bachelor's degree in mathematics and chemistry. He was hired by William Friedman as a "junior cryptanalyst" for the Signals Intelligence Service on April Fools' Day 1930; shortly after, he was followed into SIS by Abraham Sinkov and Solomon Kullback.

Other Resources About Frank Rowlett

What Schools Are Affiliated With Frank Rowlett?

Frank Rowlett is affiliated with the following schools: