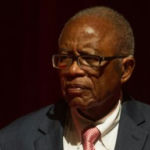 Why Is Fred Gray Influential?

According to Wikipedia, Fred David Gray is a civil rights attorney, preacher and activist who practices law in Alabama. He litigated several major civil rights cases in Alabama, including some, such as Browder v. Gayle, that reached the United States Supreme Court for rulings. He served as the President of the National Bar Association in 1985, and in 2001 was elected as the first African-American President of the Alabama State Bar.

Other Resources About Fred Gray

What Schools Are Affiliated With Fred Gray ?

Fred Gray is affiliated with the following schools: