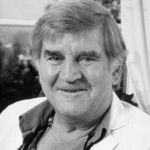 Why Is Fred Hollows Influential?

According to Wikipedia, Frederick Cossom Hollows, AC was a New Zealand–Australian ophthalmologist who became known for his work in restoring eyesight for thousands of people in Australia and many other countries. It is estimated that more than one million people in the world can see today because of initiatives instigated by Hollows, the most notable example being The Fred Hollows Foundation.

Other Resources About Fred Hollows

What Schools Are Affiliated With Fred Hollows?

Fred Hollows is affiliated with the following schools: