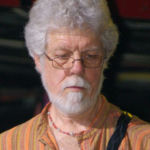 Why Is Fred Tackett Influential?

According to Wikipedia, Fred Tackett is an American songwriter and multi-instrumentalist. Originally a session player on guitar, mandolin, and trumpet, he is best known as a member of the band Little Feat. In addition to his work with Little Feat, Tackett has played and recorded with many notable artists, Bob Dylan and Jimmy Webb among them. He had an additional side project with another member of Little Feat; he performed as part of a duo with Paul Barrere, as Paul and Fred.

Other Resources About Fred Tackett

What Schools Are Affiliated With Fred Tackett?

Fred Tackett is affiliated with the following schools: