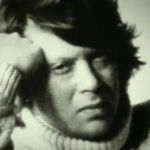 Why Is Frederick Hart Influential?

According to Wikipedia, Frederick Elliott Hart was an American sculptor. The creator of hundreds of public monuments, private commissions, portraits, and other works of art, Hart is most famous for Ex Nihilo, a part of his Creation Sculptures at Washington National Cathedral, and The Three Servicemen , at the Vietnam Veterans Memorial in Washington, D.C.

Other Resources About Frederick Hart

What Schools Are Affiliated With Frederick Hart ?

Frederick Hart is affiliated with the following schools: