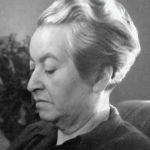 Why Is Gabriela Mistral Influential?

According to Wikipedia, Lucila Godoy Alcayaga , known by her pseudonym Gabriela Mistral , was a Chilean poet-diplomat, educator and humanist. In 1945 she became the first Latin American author to receive a Nobel Prize in Literature, "for her lyric poetry which, inspired by powerful emotions, has made her name a symbol of the idealistic aspirations of the entire Latin American world". Some central themes in her poems are nature, betrayal, love, a mother's love, sorrow and recovery, travel, and Latin American identity as formed from a mixture of Native American and European influences. Her portrait also appears on the 5,000 Chilean peso bank note.

Other Resources About Gabriela Mistral

What Schools Are Affiliated With Gabriela Mistral?

Gabriela Mistral is affiliated with the following schools: