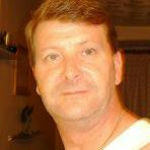 Why Is Gary Abraham Influential?

According to Wikipedia, Gary Abraham is a male English former competitive swimmer. Swimming career Abraham represented Great Britain in the Olympics and FINA world championships, as well as England in the Commonwealth games, during the 1970s and early 1980s. Abraham was an Olympic Games and Commonwealth Games medallist. As a 17-year-old, Abraham represented Great Britain at the 1980 Summer Olympics in Montreal, Quebec. He competed in the 100-metre backstroke, and swam the backstroke leg for the British team in the preliminary heats of the men's 4x100-metre medley relay.

Other Resources About Gary Abraham

What Schools Are Affiliated With Gary Abraham?

Gary Abraham is affiliated with the following schools: