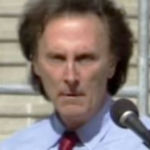 Why Is Gary Null Influential?

According to Wikipedia, Gary Michael Null is an American talk radio host and author who advocates pseudoscientific alternative medicine and produces a line of questionable dietary supplements. Null is hostile to evidence-based medicine and has accused the medical community of being in a cabal with the pharmaceutical industry to suppress novel treatments for economic gains. He has promoted a range of pseudo-scientific and ineffective alternative treatments, including ones for cancer.

Other Resources About Gary Null

What Schools Are Affiliated With Gary Null?

Gary Null is affiliated with the following schools: