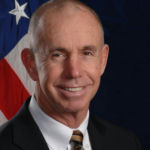 Why Is Gary W. Schenkel Influential?

According to Wikipedia, Gary W. Schenkel is, , the Executive Director of the city Office of Emergency Management and Communications in Chicago, Illinois. Prior to this position Schenkel was the director of the Federal Protective Service, one of the six divisions of the National Protection and Programs Directorate of the U.S. Department of Homeland Security from March 2007 until July 2010. FPS is the national law enforcement agency responsible for the General Service Agency's inventory of over 9,000 buildings located in all 56 states, US territories and protectorates.

Other Resources About Gary W. Schenkel

What Schools Are Affiliated With Gary W. Schenkel?

Gary W. Schenkel is affiliated with the following schools: