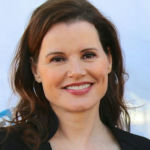 Why Is Geena Davis Influential?

According to Wikipedia, Virginia Elizabeth Davis , professionally known as Geena Davis, is an American actress, activist, producer, and former model. She is the recipient of an Academy Award and a Golden Globe Award, and has been nominated for a British Academy Film Award and a Primetime Emmy Award. In 2019, she received the Jean Hersholt Humanitarian Award for her work fighting gender bias on- and off- screen in Hollywood.

Other Resources About Geena Davis

What Schools Are Affiliated With Geena Davis?

Geena Davis is affiliated with the following schools: