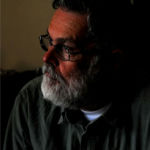 Why Is Geoffrey C. Ward Influential?

According to Wikipedia, Geoffrey Champion Ward is an American editor, author, historian and writer of scripts for American history documentaries for public television. He is the author or co-author of 19 books, including 10 companion books to the documentaries he has written. He is the winner of seven Emmy Awards.

Other Resources About Geoffrey C. Ward

What Schools Are Affiliated With Geoffrey C. Ward?

Geoffrey C. Ward is affiliated with the following schools: