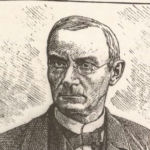 Why Is Georg Ratzinger Influential?

According to Wikipedia, Georg Ratzinger was a German Catholic priest, political economist, social reformer, author and politician. He saw the gospel and Catholic social teaching as a means of empowering the poor. Ratzinger was a pupil at the gymnasium at Passau during the years 1855–63, studied theology at Munich, 1863–67, and was ordained priest in 1867. In 1868 he received the degree of Doctor of Theology at Munich. During the following years he devoted himself partly to pastoral, partly to journalistic work. In 1869 he was chaplain at Berchtesgaden; 1870–71 he was editor of the journal "Fränkisches Volksblatt" at Würzburg; 1872–74, chaplain at Landshut, then editor, until 1876, of the "Volksfreund", at Munich.

Other Resources About Georg Ratzinger

What Schools Are Affiliated With Georg Ratzinger ?

Georg Ratzinger is affiliated with the following schools: