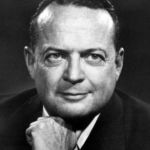 Why Is George C. McGhee Influential?

According to Wikipedia, George Crews McGhee was an oilman and a career diplomat in the United States foreign service. Early life McGhee was born on March 10, 1912 in Waco, Texas, the son of a Waco banker. He studied at the University of Oklahoma, graduating with a degree in geology in 1933. He was initiated into the Oklahoma Kappa chapter of Sigma Alpha Epsilon fraternity at OU. For a time McGhee worked for Conoco, on a crew that made the first oil discovery on the Gulf Coast using reflection seismology. He was awarded a Rhodes scholarship, and earned a doctorate in physical sciences from Oxford University in 1937. Back in the United States he became vice president of the National Geophysical Company, where he managed reflection seismology surveys in Cuba. On his return to Texas, McGhee found employment with Everette Lee DeGolyer's oil services company DeGolyer and MacNaughton, scouting oilfields and marrying DeGolyer's daughter Cecilia. McGhee described Cecilia as "the most beautiful and richest girl in Texas." In 1940 McGhee established his own company, the McGhee Production Company, and soon discovered a major oil field at Lake Charles, Louisiana, which made his fortune.

Other Resources About George C. McGhee

What Schools Are Affiliated With George C. McGhee?

George C. McGhee is affiliated with the following schools: