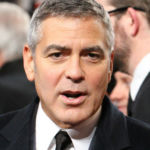 Why Is George Clooney Influential?

According to Wikipedia, George Timothy Clooney is an American actor and filmmaker. He is the recipient of numerous accolades, including a British Academy Film Award, four Golden Globe Awards, four Screen Actors Guild Awards, and two Academy Awards, one for his acting and the other as a producer. In 2018, he was the recipient of the AFI Life Achievement Award.

Other Resources About George Clooney

What Schools Are Affiliated With George Clooney?

George Clooney is affiliated with the following schools: