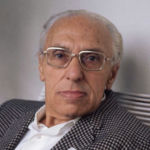 Why Is George Cukor Influential?

According to Wikipedia, George Dewey Cukor was an American film director and film producer. He mainly concentrated on comedies and literary adaptations. His career flourished at RKO when David O. Selznick, the studio's Head of Production, assigned Cukor to direct several of RKO's major films, including What Price Hollywood? , A Bill of Divorcement , Our Betters , and Little Women . When Selznick moved to Metro-Goldwyn-Mayer in 1933, Cukor followed and directed Dinner at Eight and David Copperfield for Selznick and Romeo and Juliet and Camille for Irving Thalberg.

Other Resources About George Cukor