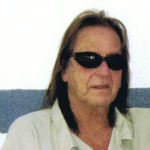 Why Is George Jung Influential?

According to Wikipedia, George Jacob Jung , nicknamed Boston George and El Americano, was an American drug trafficker and smuggler who was a major figure in the cocaine trade in the United States in the 1970s and early 1980s. Jung and his partner Carlos Lehder smuggled cocaine into the United States for the Colombian Medellín Cartel. Jung was sentenced to 70 years in prison in 1994 on conspiracy charges, but was released in 2014. Jung was portrayed by Johnny Depp in the biopic Blow .

Other Resources About George Jung

What Schools Are Affiliated With George Jung?

George Jung is affiliated with the following schools: