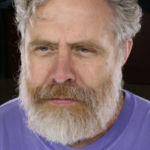 Why Is George Church Influential?

George M. Church is the Robert Winthrop Professor of Genetics at Harvard Medical School and a Professor of Health Sciences and Technology at Harvard and the Massachusetts Institute of Technology. He is also a member of the Bulletin of the Atomic Scientists’ Board of Sponsors. He earned a bachelor’s degree in zoology and chemistry from Duke University. He went on to a graduate biochemistry program at Duke, but became so immersed in his lab work that he abandoned his other coursework and ended up getting withdrawn from the program. Undeterred, he went on to earn a Ph.D. in chemistry and molecular biology from Harvard University.

Best known for his work in genome engineering and synthetic biology, Church is credited with pioneering the fields of synthetic biology and personal genomics. He has provided significant leadership in his field, with positions at the Center on Bioenergy Technology and Center of Excellence in Genomic Science at Harvard, as well as at Veritas Genetics and Veritas International, which he co-founded.

According to Wikipedia, George McDonald Church is an American geneticist, molecular engineer, and chemist. He is the Robert Winthrop Professor of Genetics at Harvard Medical School, Professor of Health Sciences and Technology at Harvard and MIT, and a founding member of the Wyss Institute for Biologically Inspired Engineering. As of March 2017, Church serves as a member of the Bulletin of the Atomic Scientists' Board of Sponsors.

Other Resources About George Church

What Schools Are Affiliated With George Church ?

George Church is affiliated with the following schools: