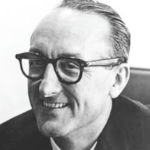 Why Is George Mueller Influential?

According to Wikipedia, George Edwin Mueller , was an American electrical engineer who was an associate administrator at NASA who headed the Office of Manned Space Flight from September 1963 until December 1969. Hailed as one of NASA's "most brilliant and fearless managers", he was instrumental in introducing the all-up testing philosophy for the Saturn V launch vehicle, which ensured the success of the Apollo program in landing a man on the Moon and returning him safely to the Earth by the end of 1969. Mueller also played a key part in the design of Skylab, and championed the space shuttle's development, which earned him the nickname, "the father of the space shuttle."

Other Resources About George Mueller

What Schools Are Affiliated With George Mueller ?

George Mueller is affiliated with the following schools: