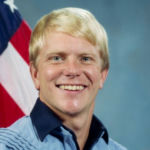 Why Is George Nelson Influential?

According to Wikipedia, George Driver "Pinky" Nelson is an American physicist, astronomer, science educator, and retired NASA astronaut. Early life and education Nelson was born on July 13, 1950, in Charles City, Iowa, but considers Willmar, Minnesota, to be his hometown. He graduated from Willmar Senior High School, Willmar, Minnesota, in 1968. He received a Bachelor of Science degree in Physics from Harvey Mudd College in 1972, and a Master of Science and a Doctor of Philosophy degrees in Astronomy from the University of Washington in 1974 and 1978, respectively.

Other Resources About George Nelson

What Schools Are Affiliated With George Nelson ?

George Nelson is affiliated with the following schools: