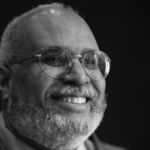 Why Is Georges C. Benjamin Influential?

According to Wikipedia, Georges C. Benjamin is an American public health official who has served as Executive Director of the American Public Health Association since 2002, and previously as Secretary of the Maryland Department of Health and Mental Hygiene in the Cabinet of Governor Parris Glendening from 1999 to 2002. He is a member of the National Infrastructure Advisory Council.

Other Resources About Georges C. Benjamin

What Schools Are Affiliated With Georges C. Benjamin?

Georges C. Benjamin is affiliated with the following schools: