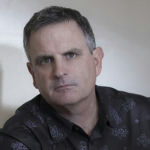 Why Is Gilbert King Influential?

According to Wikipedia, Gilbert Anthony King is an American writer and photographer. He is known best as the author of Devil in the Grove: Thurgood Marshall, the Groveland Boys, and the Dawn of a New America , which won the Pulitzer Prize. His previous history was The Execution of Willie Francis: Race, Murder, and the Search for Justice in the American South and his most recent is Beneath a Ruthless Sun: A True Story of Violence, Race, and Justice Lost and Found .

Other Resources About Gilbert King

What Schools Are Affiliated With Gilbert King ?

Gilbert King is affiliated with the following schools:

Gilbert King has made the following academic contributions: