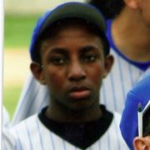 Why Is Glenn D. Lid Influential?

According to Wikipedia, Glenn D. Lid was born in Chicago, IL. He was inducted into the National Teachers Hall of Fame in Emporia, Kansas in 2012. His creative teaching strategies earned him a Disney Award in 2004. From 39 Disney Teachers nationwide, Glenn was selected as the Disney Secondary Teacher of The Year. He was a guest on the Tony Danza Show and Chicago Fox Morning News in 2004. He was named a Golden Apple Teacher of Distinction in 2007, received the Davidson Award from the Chemical Industry Council of Illinois in 2007 and selected for an Alumni Merit Award from Elmhurst College, his alma mater in 2005. He is a contributor to a collection of inspirational stories entitled Today I Made a Difference. He is also featured in the book One on One with America’s Most Inspiring Teachers.

Other Resources About Glenn D. Lid

What Schools Are Affiliated With Glenn D. Lid?

Glenn D. Lid is affiliated with the following schools: