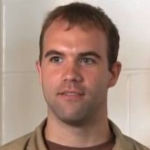 American spy for the Chinese

Why Is Glenn Duffie Shriver Influential?

According to Wikipedia, Glenn Duffie Shriver is an American convicted of conspiracy to spy for China. He was depicted in the FBI-commissioned film Game of Pawns. Biography Shriver was born in Henrico County, Virginia, near Richmond. When his parents separated in 1983, he moved with his mother to the Jenison area of Michigan. He was a resident of Georgetown Township, Michigan. He attended middle school through his second year in Wyoming, Michigan, and then Jenison High School.

Other Resources About Glenn Duffie Shriver

What Schools Are Affiliated With Glenn Duffie Shriver?

Glenn Duffie Shriver is affiliated with the following schools: