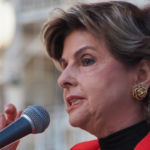 Why Is Gloria Allred Influential?

According to Wikipedia, Gloria Rachel Allred is an American attorney known for taking high-profile and often controversial cases, particularly those involving the protection of women's rights. She has been inducted into the National Women's Hall of Fame.

Other Resources About Gloria Allred

What Schools Are Affiliated With Gloria Allred?

Gloria Allred is affiliated with the following schools: