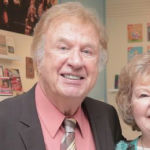 Why Is Gloria Gaither Influential?

According to Wikipedia, Gloria Gaither is a Christian singer-songwriter, author, speaker, editor, and academic. She is married to Bill Gaither and together they have written more than 700 songs. She performed, traveled and recorded with the Bill Gaither Trio from 1965 through 1991. Since 1991, she has served as a performer, recording artist, songwriter, scriptwriter and narrator for the Gaither Homecoming series of television broadcasts, video and DVD releases, and audio recordings.

Other Resources About Gloria Gaither

What Schools Are Affiliated With Gloria Gaither?

Gloria Gaither is affiliated with the following schools: