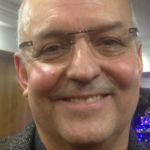 Why Is Gordon Downie Influential?

According to Wikipedia, Gordon Hunter Downie is a British former competitive swimmer who swam in the 1976 Summer Olympics and won a bronze medal as a member of the British 4x200-metre freestyle relay team. Biography Swimming career Although Downie was born in the U.S. state of Wisconsin, his father was Scottish and he swam for Great Britain, Scotland, and the Warrender Baths Club in Edinburgh. While attending the University of Michigan on an athletics scholarship, he swam for the Michigan Wolverines swimming and diving team in collegiate competition.

Other Resources About Gordon Downie

What Schools Are Affiliated With Gordon Downie ?

Gordon Downie is affiliated with the following schools: