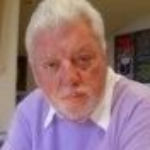 Why Is Gordon Thomas Influential?

According to Wikipedia, Gordon Thomas was a British investigative journalist and author, notably on topics of secret intelligence. Thomas was the author of 53 books published worldwide including The Pope's Jews, Secret Wars, and Gideon's Spies, with sales exceeding 45 million copies. Thomas got the scoop on the nationalisation of the Suez Canal for the Daily Express in 1956. He was a cousin of the poet Dylan Thomas.

Other Resources About Gordon Thomas

Gordon Thomas has made the following academic contributions: