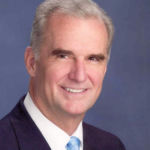 Why Is Gray H. Miller Influential?

According to Wikipedia, Gray Hampton Miller is a Senior United States District Judge of the United States District Court for the Southern District of Texas. Education and career Miller attended the United States Merchant Marine Academy from 1967 to 1969, but left without receiving a degree. He received a Bachelor of Arts degree in 1974 from the University of Houston and a Juris Doctor in 1978 from the University of Houston Law Center. He served as a police officer of the Houston Police Department from 1969 to 1978. Upon graduating from law school, he joined Houston's Fulbright & Jaworski law firm, where he later became partner in 1986. Miller remained at this law firm until his appointment to the district court.

Other Resources About Gray H. Miller

What Schools Are Affiliated With Gray H. Miller?

Gray H. Miller is affiliated with the following schools: