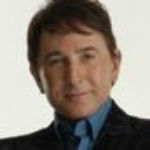 Why Is Greg London Influential?

According to Wikipedia, Greg London is an American singer, entertainer and impressionist. After a solo hit show in London's West End, he enjoyed a lengthy residency in Reno, Nevada before announcing his move to the Las Vegas Strip in mid-2010.

Other Resources About Greg London

What Schools Are Affiliated With Greg London?

Greg London is affiliated with the following schools: