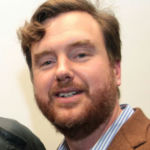 Why Is Greg Lukianoff Influential?

According to Wikipedia, Gregory Christopher Lukianoff is the president of the Foundation for Individual Rights in Education . He previously served as FIRE's first director of legal and public advocacy until he was appointed president in 2006.

Other Resources About Greg Lukianoff

What Schools Are Affiliated With Greg Lukianoff?

Greg Lukianoff is affiliated with the following schools: