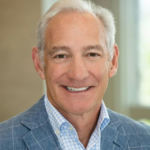 An American businessman, Ex-CFO of Oracle and Microsoft.

Why Is Greg Maffei Influential?

According to Wikipedia, Greg Maffei is an American businessman. He is the president and chief executive officer of Liberty Media and the chairman of Live Nation Entertainment, Sirius XM and TripAdvisor. He is the chairman emeritus of Starz and Expedia, as well as the former chief financial officer of Oracle and Microsoft.

Other Resources About Greg Maffei

What Schools Are Affiliated With Greg Maffei?

Greg Maffei is affiliated with the following schools: