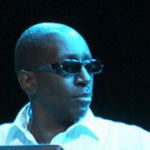 Why Is Greg Phillinganes Influential?

According to Wikipedia, Gregory Arthur Phillinganes is an American keyboardist, singer-songwriter, and musical director based in Los Angeles, California. A prolific session musician, Phillinganes has contributed the role of keyboards to numerous albums representing a broad array of artists and genres. He has toured with notable artists, such as Stevie Wonder, Eric Clapton, David Gilmour and Toto, served as musical director for Michael Jackson, and has released two solo studio albums.

Other Resources About Greg Phillinganes