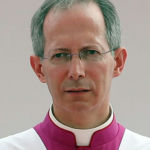 Why Is Guido Marini Influential?

According to Wikipedia, Guido Marini is an Italian prelate of the Catholic Church who serves as the bishop of Tortona in northern Italy. A priest since 1989, from 2007 to 2021 he was Master of Pontifical Liturgical Ceremonies, serving under Pope Benedict XVI and Pope Francis. Before joining the papal household, Marini worked in the Archdiocese of Genoa, where he was the personal secretary to three archbishops from 1988 to 2003, chief liturgist from 2004 to 2007, and chancellor from 2005 to 2007.

Other Resources About Guido Marini

What Schools Are Affiliated With Guido Marini?

Guido Marini is affiliated with the following schools: