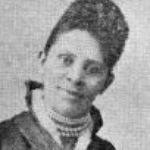 Why Is Hallie Quinn Brown Influential?

According to Wikipedia, Hallie Quinn Brown was an American educator, writer and activist. Originally of Pittsburgh, Pennsylvania, she moved with her parents while quite young to a farm near Chatham, Canada, in 1864 and then to Ohio in 1870. In 1868, she began a course of study in Wilberforce University, Ohio, from which she graduated in 1873 with the degree of Bachelor of Science.

Other Resources About Hallie Quinn Brown

What Schools Are Affiliated With Hallie Quinn Brown?

Hallie Quinn Brown is affiliated with the following schools: