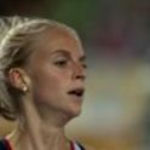 Why Is Hannah England Influential?

According to Wikipedia, Hannah England is a British middle-distance running athlete who specialised in the 800 metres, 1500 metres and mile run. At 1500 m, she is the 2011 World Championship silver medallist and finished fourth at the 2013 World Championships. She also competed at the 2012 Olympic Games in London. England is one of only five British women in history to have run under two minutes for 800 m and nine minutes for 3000 m, the others being Christina Boxer, Kirsty Wade, Jessica Judd and Laura Muir. She announced her retirement from athletics on 14 January 2020.

Other Resources About Hannah England

What Schools Are Affiliated With Hannah England?

Hannah England is affiliated with the following schools: