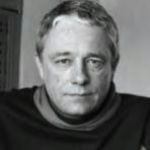 Why Is Harold Joe Waldrum Influential?

According to Wikipedia, Harold Joe Waldrum was an American artist whose abstract works depict color studies especially of the old adobe churches of Northern New Mexico. He also used a Polaroid SX-70 camera to photograph many of the churches, initially as part of the process in creating his paintings. However, this collection of thousands of photographs became a body of work in and of itself and was exhibited at several galleries and museums.

Other Resources About Harold Joe Waldrum

What Schools Are Affiliated With Harold Joe Waldrum?

Harold Joe Waldrum is affiliated with the following schools: