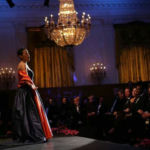 Why Is Harolyn Blackwell Influential?

According to Wikipedia, Harolyn Blackwell is an American lyric coloratura soprano who has performed in many of the world's finest opera houses, concert halls, and theaters in operas, oratorios, recitals, and Broadway musicals. Initially known for her work within musical theater during the early 1980s, Blackwell moved into the field of opera and by 1987 had established herself as an artist within the soubrette repertoire in many major opera houses both in the United States and in Europe. Feeling that she was being "type cast" into one particular kind of role, Blackwell strove to establish herself within the lyric coloratura repertoire beginning in the mid-1990s. With the aid of such companies as Seattle Opera, Blackwell successfully made this move and is now an interpreter of such roles as Lucia in Donizetti's Lucia di Lammermoor and Olympia in Offenbach's Les contes d'Hoffman. She has also periodically returned to musical theater performances throughout her career in staged productions, concert work, and recitals. Blackwell is known for her interpretations and recordings of the works of Leonard Bernstein.

Other Resources About Harolyn Blackwell

What Schools Are Affiliated With Harolyn Blackwell?

Harolyn Blackwell is affiliated with the following schools: