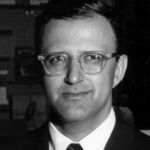 Why Is Harry V. Jaffa Influential?

According to Wikipedia, Harry Victor Jaffa was an American political philosopher, historian, columnist, and professor. He was a professor emeritus at Claremont McKenna College and Claremont Graduate University, and a distinguished fellow of the Claremont Institute. Robert P. Kraynak says his "life work was to develop an American application of Leo Strauss's revival of natural-right philosophy against the relativism and nihilism of our times".

Other Resources About Harry V. Jaffa

What Schools Are Affiliated With Harry V. Jaffa?

Harry V. Jaffa is affiliated with the following schools: