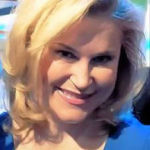 Why Is Heidi Cruz Influential?

According to Wikipedia, Heidi Suzanne Cruz is an American businesswoman. She has been a managing director at Goldman Sachs since 2012. Cruz completed her tertiary education at Claremont McKenna College, the Université libre de Bruxelles, and Harvard Business School. She was an economic policy adviser to George W. Bush's 2000 presidential campaign and subsequently held various positions in the Bush Admistration, including as an advisor to the Treasury Department and National Security Council. In 2005 she joined Goldman Sachs as a private wealth manager.

Other Resources About Heidi Cruz

What Schools Are Affiliated With Heidi Cruz?

Heidi Cruz is affiliated with the following schools: