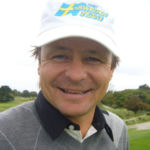 Why Is Henrik Nyström Influential?

According to Wikipedia, Henrik Nyström is a Swedish professional golfer.Career Nyström played college golf for Lynn University in the United States. He won the 1994 individual NAIA Men's Golf Championship.Nyström turned professional in 1994. He spent his early career on the Challenge Tour, before reaching the top-level European Tour for the first time via qualifying school in 1997. He remained on the tour until 2003, despite having to return to qualifying school for his first two seasons. However after a poor 2003 season Nyström returned to the Challenge Tour, where a consistent season including eight top-ten finishes would propel him to ninth place in the season-end rankings and a European Tour return. He maintained his card via qualifying school in 2005 and 2006, automatically in 2007 and again via qualifying school - for a sixth time - in 2008. However, Nyström's 2009 season was curtailed by a fractured left knee, meaning he played on a medical exemption in 2010.

Other Resources About Henrik Nyström

What Schools Are Affiliated With Henrik Nyström?

Henrik Nyström is affiliated with the following schools: