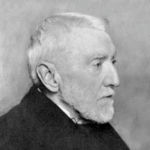 Why Is Henry Faulds Influential?

According to Wikipedia, Henry Faulds was a Scottish doctor, missionary and scientist who is noted for the development of fingerprinting. Early life Faulds was born in Beith, North Ayrshire, into a family of modest means. Aged 13, he was forced to leave school, and went to Glasgow to work as a clerk to help support his family; at 21 he decided to enrol at the Facility of Arts at Glasgow University, where he studied mathematics, logic and the classics. He later studied medicine at Anderson's College, and graduated with a physician's licence.

Other Resources About Henry Faulds

What Schools Are Affiliated With Henry Faulds?

Henry Faulds is affiliated with the following schools: