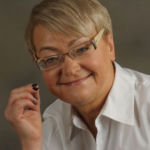 Why Is Henryka Bochniarz Influential?

According to Wikipedia, Henryka Teodora Bochniarz, Ph.D. is a Polish economist and administrator who is a former Minister of Industry and Trade in the Government of Poland. Bochniarz is also the founder and head of the Polish Confederation of Private Employers ‘Lewiatan’ and president for Central and Eastern Europe Region of Boeing International Co.

Other Resources About Henryka Bochniarz

What Schools Are Affiliated With Henryka Bochniarz?

Henryka Bochniarz is affiliated with the following schools: