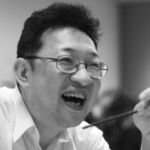 Why Is Hiroaki Kitano Influential?

According to Wikipedia, Hiroaki Kitano is a Japanese scientist. He is the head of the Systems Biology Institute ; President and CEO of Sony Computer Science Laboratories; a Group Director of the Laboratory for Disease Systems Modeling at and RIKEN Center for Integrative Medical Sciences; and a professor at Okinawa Institute of Science and Technology . Kitano is known for developing AIBO, and the robotic world cup tournament known as Robocup.

Other Resources About Hiroaki Kitano

What Schools Are Affiliated With Hiroaki Kitano?

Hiroaki Kitano is affiliated with the following schools: