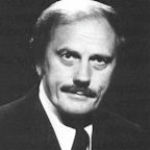 Why Is Hobart Freeman Influential?

According to Wikipedia, Hobart Freeman was a charismatic preacher and author, who ministered in northern Indiana and actively promoted faith healing. Early life Hobart Edward Freeman was born in Ewing, Kentucky, and grew up at St. Petersburg, Florida, where he became a successful businessman after studying at Bryant and Stratton Business Institute, despite being a high school dropout. He also contracted polio, and in later years "... walked stiffly ... with an obvious limp."

Other Resources About Hobart Freeman

What Schools Are Affiliated With Hobart Freeman?

Hobart Freeman is affiliated with the following schools: